The Gardener’s Calendar in June

The Gardener’s Calendar in June 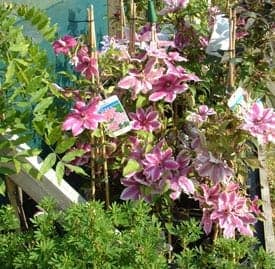 See the kind cattle drowsing in the shade,
And hear the bee about his amorous trade,
– Vita Sackville West

June, mid-summer’s day means we have lots of daylight to enjoy the garden. The weather though can be extremely changeable from year to year with temperatures down to 5C and over 20C not uncommon. In general though southern England is a glorious place to be in June and there is plenty of colour in the garden now. Summer bedding will be well established (there’s still time to get some in) and early perennials will be in bloom with later flowering plants not far behind.

June tasks for the Garden:

A year in the Garden